A presentation of the Institut Métapsychique International published by Mario Varvoglis, in Mindfield: The Bulletin of the Parapsychological Association (vol.2, issue 3, p.10-11).

Founded in 1919 by several scholars, including Nobel Prize winner Charles Richet (1850-1935), the
Institut Métapsychique International (IMI) was from the outset recognized by the French administration
as a foundation of public utility. Although French institutions had shown some prior interest vis-à-vis
psychic phenomena, the IMI was the first to focus fully on psi research and pursue a program uncompromised by the constraints of academic psychology. Starting practically with the creation of the Institute, the IMI’s journal, the Revue_Métapsychique, remained the main French-language journal on parapsychological research for over 60 years.

The IMI came into the spotlight of European research early on with its research on the controversial
topic of ectoplasms, under the direction of Dr. Gustave Geley (1919-1924). The following director,
Dr. Eugène Osty (1924-1938), focused primarily on ESP but also introduced an innovative protocol to test
PK with the medium Rudi Schneider. This research ended in 1931 because of cutbacks in funding. Indeed, the IMI was funded by the spiritualist Jean Meyer who, despite his survivalist convictions, imposed no constraints on scientific psi research. However, at his death in 1931 a dispute over his legacy
plunged the IMI into financial difficulties, which remain to this day.

During the following decades, particularly noteworthy were the process-oriented telepathy studies by
the chemical engineer René Warcollier (1881-1962); some time later, these were to constitute a
source of inspiration for the Remote Viewing research program of the U.S. government.

Besides these better known experimental initiatives, a number of researchers developed [quite original
tools and protocols for psi testing->https://www.metapsychique.org/Inventaire-des-principales.html]; however, little of this was published in international journals and
few independent researchers have studied these approaches (let alone attempt to replicate them).

From the late 1950s onwards, the IMI’s research activities decreased significantly; instead, the Institute constituted a meeting point
for several French scientists and theoreticians who introduced a more literary or conceptual approach. It should be added that during the
same period, an aggressive form of skepticism took hold in France, and the origins of the IMI (originally funded by Meyer, a spiritualist)
made it an easy target for pseudo-skeptics and the media, Nevertheless, the conferences of the Parapsychology Foundation in southern
France did keep French researchers in touch with their international colleagues and kept parapsychology alive. 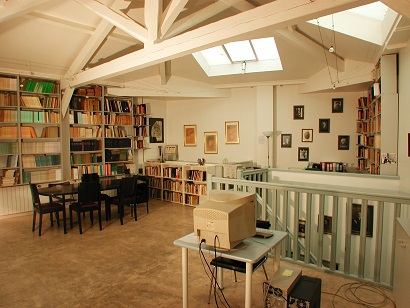 Starting in 1998, with Dr. Mario Varvoglis as president, the IMI was completely reorganized, with a new board of directors and
a more explicit educational and research orientation. This shift contributed to its return to the international parapsychological scene, particularly with the organization of several Euro-PA meetings (in 2003 and 2007) as well as the PA conventions in Paris in 2002 and 2010.
A new committee of 25 honorary members (including 9 PA members) was constituted and a number of projects launched, some with the aid
of European foundations (Bial and the IGPP).

Today, the IMI remains the only institute of reference for scientific parapsychology in France. Lectures, workshops and seminars
are given almost every month with French scholars or PA members. Its archives and library – unique in France – are now open to outside
researchers, a fact that has stimulated some academic works around the history of parapsychology in France (Brower, 2005; Edelman,
2006; Lachapelle, 2005; Méheust, 1999).

One of the most important recent advances has been the creation of the IMI student-group (GEIMI) in 2004, helping to fill the
academic void with respect to psi and parapsychology. Initiated by IMI board member and psychiatrist Paul-Louis Rabeyron, the GEIMI
has about 30 university students from all over France, coming from a wide range of disciplines. GEIMI members discuss parapsychological
topics through an online forum and meet 3 times a year for more intensive exchanges and presentation of papers. Thanks to the GEIMI,
some of these students have been able to introduce papers concerning parapsychological topics within their university departments, or
have participated in the work of foreign research centers (such as PEAR, or the University of Edinburgh); others have been distinguished with international awards (the Eileen Garrett grant, the Gertrude Schmeidler award, etc.).

Students are a major resource for the IMI’s activities insofar as they contribute to tasks such as library and website management,
the organization of conferences, and even experimental research. In 2007-2008 they also launched a new journal, the Bulletin Métapsychique, with four issues per year. Although temporarily put aside, this has been undertaken once again in 2010. (See the new version of the Bulletin_Métapsychique)

In January 2009, with the help of GEIMI students, the IMI published the Livre blanc de la parapsychologie, which gives an overview
of psi research centers throughout the world. This work, which is now online, is in the process of being translated into English (See The World of Parapsychology).

Though never quite formalized, the IMI has always maintained a tradition of psychological assistance to individuals who report
exceptional experiences. In recent years, given the strong presence of clinicians in the IMI’s Board and amongst the GEIMI students, a consulting service was established for people reporting exceptional experiences.

Finally, it is worth mentioning that, in parallel
to the GEIMI, the Institut has now created an associa-
tion open to the general public ([Les Amis de l’IMI, or A-
IMI->http://www.a-imi.org]). The A-IMI helps organize conferences and seminars, handle the media, and generally assists the IMI to
better interface with the general public, and allow the
Institute to focus on its original objectives: psi research. 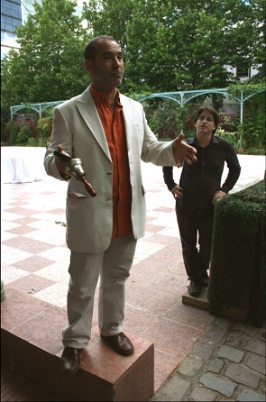 In 2002, the foundation moved to new, larger
headquarters that provided some space for experimental work. Nevertheless, the lack of funding and of
full-time trained experimenters has rendered progress
in this area rather slow. Still, over the course of the
past few years the IMI has undertaken a few research projects – one on hypnosis and ESP, and one on field-like RNG effects – as well as pilot projects in themes such as lucid dreaming and ESP, intuitive archeology,
bio-PK, and special-participants testing.

In the hypnosis – ESP experiment, a hypnotized percipient sought to describe the contents of a randomly selected text, read by an agent in another room. Three blind judges tried to match the person‟s description with the text from a set containing the target and 3 decoys. The results, based on 31 sessions, were not significant (Si Ahmed, Laurent, & Varvoglis, 2006).

The field-RNG project was partly inspired by the Global Consciousness Project (which the IMI is part of). The CinEgg project, as it was named, explored whether the outputs of a hidden RNG in a cinema would reflect the emotional changes induced by the film on viewers. Usable data were collected for repeated showings for 3 films (15 to 25 showings per film), and contrasted with control data of a distant RNG, sampled in a comparable manner. Unfortunately, results failed to confirm the presence of a fieldlike PK effect on the RNG (Varvoglis,
2007).

The IMI hosted the PA Convention of 2010. By this summer, it was working on several new experimental protocols underway, including one testing for precognition in a ganzfeld-type environment, and one testing for micro-PK on a small robot.

Lachapelle, S. (2005). Attempting Science: The creation and early developement of the Institute Métapsychique International in Paris, 1919-
1931. Journal of the History of the Behavioral Sciences, 41, 1-24.